What Are the Different Types of Dementia? The Centers for Disease Control estimates that around 6.2 million Americans are currently living with Alzheimer’s disease. Alzheimer’s is the most common form of dementia, and the words are sometimes used interchangeably, but did you know that there are different types of dementia?

If you are caring for a loved one who is living with dementia, it’s natural to have many questions. One of the first to ask is, what type of dementia do they have? This will give you a starting point for your research and planning.

Read on to learn more about the different types of dementia.

Dementia is an umbrella term. It refers to many diseases that affect our ability to:

Dementia is often associated with old age. However, it is not a normal part of aging, and many people never develop dementia. Signs of dementia can include:

Many family members and friends of people living with dementia are doing an amazing job of caring for them in their homes. If their symptoms become more severe, there are senior care options where they can access specialist support, giving them the best quality of life possible.

The Different Types of Dementia

All forms of dementia affect memory and limit independence. Memory care communities can cater to all types of dementia. However, they affect the brain in different ways, and there are some differences in the symptoms they cause.

As mentioned above, Alzheimer’s disease is the most common type of dementia. The World Health Organization estimates that it affects about 60-70% of people with dementia.

Alzheimer’s disease is progressive, with symptoms gradually getting worse over a number of years. In the early stages, people living with Alzheimer’s may retain their ability to converse and handle many tasks independently. As the condition progresses, their independence will become more limited and they’ll need a higher level of elderly care.

Along with memory and thinking difficulties, people living with Alzheimer’s disease may experience:

Although these signs of dementia show a person is living with Alzheimer’s, they can be caused by other conditions. It’s important for your loved one to see a doctor when they start showing any of the early signs of dementia.

Vascular dementia occurs when the blood flow to brain cells is restricted, leading to brain cell death. This can have many causes, including:

It is possible to have both Alzheimer’s disease and vascular dementia. The symptoms are largely the same.

If Alzheimer’s disease is not present, it is sometimes possible to slow the decline of vascular dementia. Lifestyle changes and medications that treat the underlying causes, such as hypertension and high cholesterol, can help.

Roughly half of the people living with Parkinson’s disease will develop mild cognitive impairment. They won’t think as clearly or have as sharp of a memory as they once had. But the symptoms are not severe enough to affect their daily life.

For some of those people, cognitive impairment can become more severe and progress into dementia. In Parkinson’s disease dementia (PDD) these symptoms develop a year or more after their initial diagnosis. This form of dementia can include hallucinations and delusions.

If the symptoms develop before or at the same time as the motor symptoms, this is termed Dementia with Lewy Bodies (DLB).

Parkinson’s disease causes many movement symptoms, such as stiffness in the limbs and tremors. The combination of dementia and these symptoms can greatly limit people’s independence. They will rely heavily on family or professional carers to look after their personal needs.

The term Lewy Bodies refers to clumps of a protein called alpha-synuclein that forms in the brain. These clumps disrupt the normal function of the brain, leading to the symptoms we associate with dementia. Lewy Bodies are present in people with both types of Parkinson’s related dementia, but are also found in people who do not have Parkinson’s disease.

DLB can only be diagnosed by a doctor assessing a person’s symptoms and making a clinical diagnosis. There are currently no other tests for this disease. In the early stages, it may not be possible to tell it apart from Alzheimer’s disease.

Posterior cortical atrophy affects the rear portion of the outer part of the brain. There is a possibility that it is a form of Alzheimer’s disease, but it can also share characteristics with DLB and Creutzfeldt-Jakob disease. This disease typically starts at an earlier age than other forms of dementia, beginning between the ages of 50-65.

Memory difficulties are not usually the first signs of this form of dementia. Some of the typical symptoms include:

Currently, there are no treatments for this form of dementia.

Other Types of Dementia

These are just five of the different types of dementia people are living with across the world. Some have more than one form, known as mixed dementia.

The importance of excellent elderly care cannot be overemphasized. Memory care specialists can provide the support people living with dementia need to help them live their lives with dignity and as much independence as possible.

At Exceptional Living Centers, our purpose is to enhance people’s lives by providing compassionate memory care. We recognize that there are many different types of dementia. That’s why each person is treated as an individual, and services are tailored to their needs.

Contact us today to learn more about the services we provide and find a community near you. 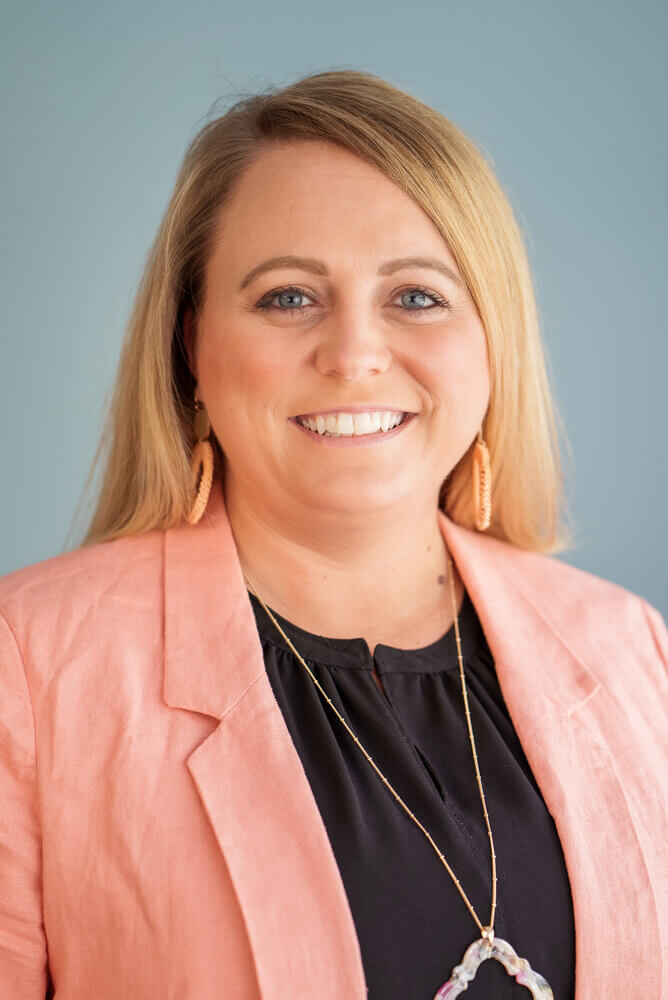 My name is Taylor Shaw and I am the Executive Director at St. Matthews Care Center. I have been blessed to work in healthcare for 16 years.

When I was a teenager, my mother was diagnosed with stage 4 Breast Cancer, enduring a double mastectomy and going through chemo and radiation treatments. Providing her with care became part of my daily routine. Doing this I found that I had a mission in healthcare. As cliché as it sounds, I truly believe it is a calling. I got my start in long-term care at age 16 as a CNA at Episcopal Church Home. After several years of working as a CNA, I realized that I had aspirations of becoming a Nursing Home Administrator. I graduated in 2015 with my Bachelor’s Degree in Business Administration with an Emphasis in Healthcare.

I look up to our residents and enjoy learning and hearing about their past history and experiences. I love aiding in giving them a dignified quality of life! We have such a diverse, caring and compassion group of caregivers here at St. Matthews. Our team is caring, compassionate and honest. We aspire to provide great relationships and quality care and exceed expectations. 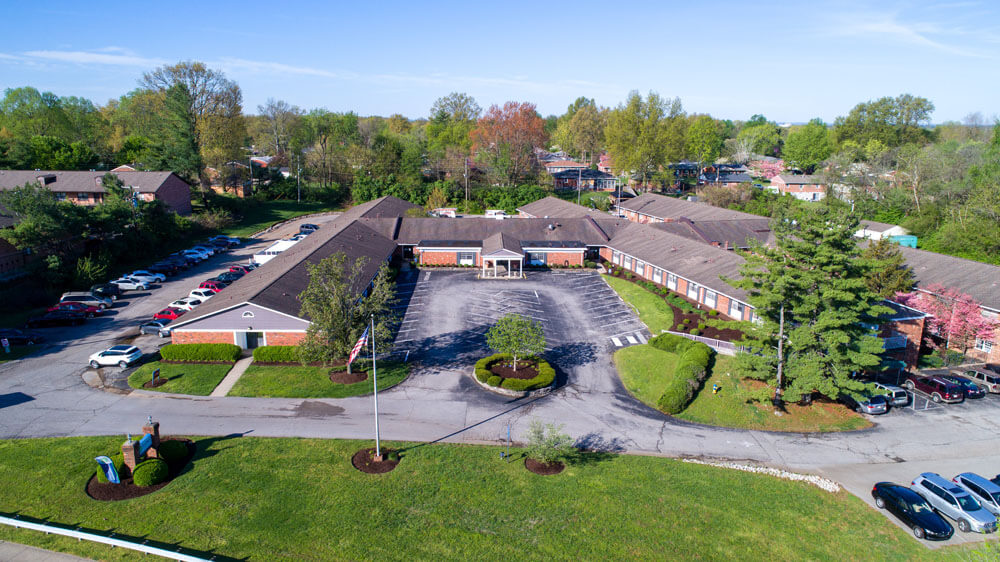 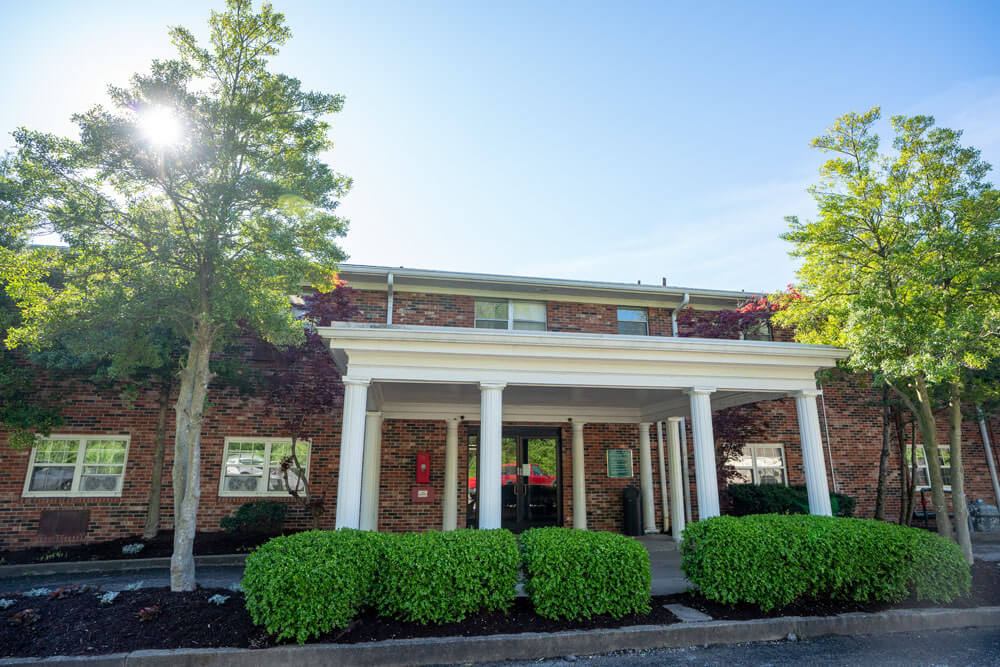 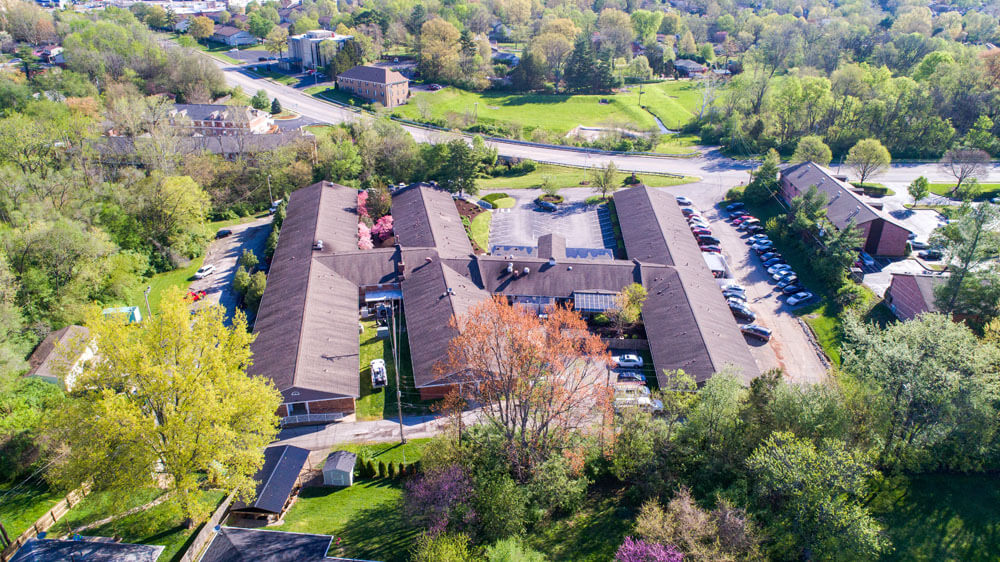 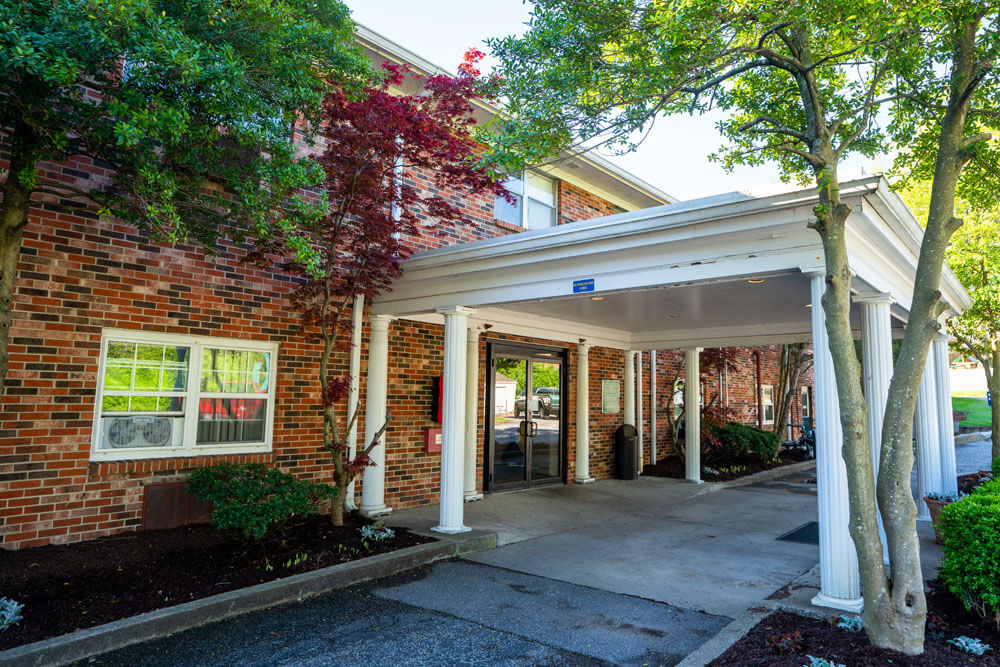 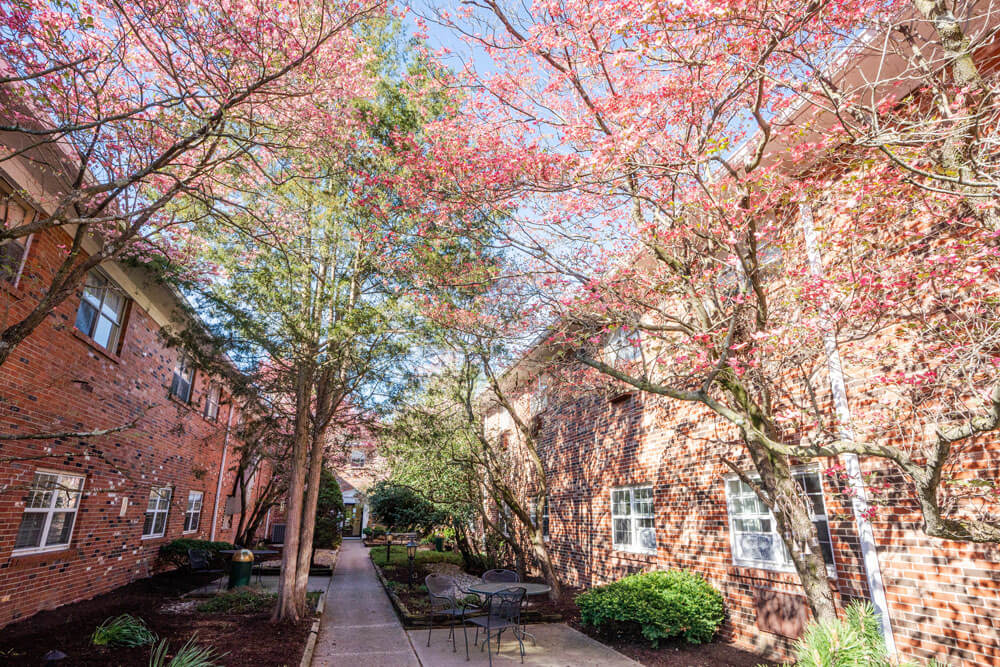